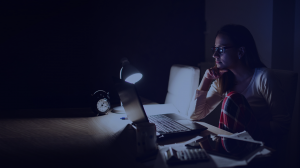 Working from home: What deductions can you claim?

For a while now, the Australian Taxation Office (ATO) has been concerned about tax deductions individuals have been claiming for a whole host of expenses. The latest on their ‘hit list’ are home office expenses. We guide you through what you can and can’t claim if you work from home.

Last financial year, 6.7 million taxpayers claimed a record $7.9 billion in deductions for ‘other work-related expenses’ which includes expenses for working from home. While the ATO appreciates that technology has led to more people working from home and greater flexibility, they don’t believe that all of the claims being made are legitimate. Take the example of the school principal who claimed $2,400 for electricity and phone expenses incurred during the year. The principal had a letter from the school verifying that they were required to work from home outside of school hours but could not explain how she calculated the claim. The principal ended up voluntarily reducing the claim by 70%. Or, the advertising manager who claimed her rent as a tax deduction because she worked from home at irregular hours to manage the timeframes of overseas clients. Her deduction for rent was rejected.

A major bugbear for the ATO are the people who claim 100% of their expenses like mobile phone plans and internet services when they are mostly for personal use. If you claim 100% of your phone and internet and you are not running a business from home, you can expect the ATO to look closely at your claims (that goes for subcontractors as well!).

What can you claim? 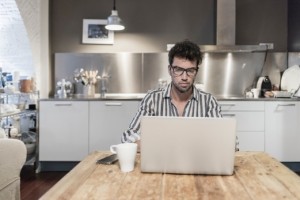 A lot of people do some sort of work from home. It might be simply answering emails on the couch or working from home a few days a week. So, what can you claim if you’re putting in extra hours?

If you don’t have a dedicated work area but you do some work on the couch or at the dining room table, you can claim some of your expenses like the work-related portion of your phone and internet expenses and the decline in value of your computer. This of course assumes that your employer doesn’t reimburse you for your phone and internet expenses and you purchased your computer for yourself.

You can claim up to $50 for phone and internet expenses without substantiating the claim (although the ATO may still ask you to prove that you actually incurred the expense), or you can work out your actual expenses (see Working out the work-related portion of your expenses).

If you have a dedicated work area, there are a few more expenses you can claim including some of the running costs of your home such as a portion of your electricity expenses and the decline in value of office equipment (see Working out the work-related portion of your expenses).

Running a business from home 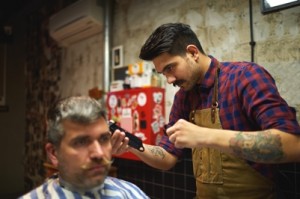 If your home is your principal place of business, you might be able to claim a range of expenses related to the portion of your home set aside for your business. What the ATO is looking for is an identifiable area of the home used for business. Take the example of a hairdressing business that runs out of the hairdresser’s home. One room is dedicated as a salon and is not used for any other purpose other than the salon. For the portion of the house taken up by the salon, the hairdresser can claim running expenses such as electricity and the interest on the mortgage.

The downside to claiming occupancy expenses such as interest on a mortgage is the impact it has on your tax-free main residence exemption for capital gains tax (CGT) purposes. In general, your home is exempt from CGT when you sell it. However, if you use your home to earn assessable income like the hairdresser, then you might only qualify for a partial exemption on the sale. If you are claiming part of your home as a business expense, then it is unlikely that any gain you make on your home will be fully CGT-free. You might also need to obtain a valuation of your home at the time it was first used to generate business income.

Working out the work-related portion of your expenses

You need to be able to prove how you came up with your expense claim. This includes having a documented method of calculating the work related portion of that claim if the item you are claiming is used for private and work purposes. For phone and internet expenses for example, you might look at the number of work calls, the time spent, or data downloads as a portion of the total bill. The other method is to complete the equivalent of a log book or diary over four weeks to track your work use of the item, then apply the work percentage over that four weeks to your annual expense. If for example you used your phone for 20% of the time over the four weeks you documented in your diary, you could then claim 20% of your annual phone expense as a home office expense (assuming your circumstances don’t change across the year).

What home office expenses can be claimed?

Running expenses – if you have a dedicated work area such as a study set aside for work, the essentials to keep the work area running like electricity, cleaning, office equipment etc., can be claimed as an expense. Of course, any claim can only be for the work-related portion of the expense. If your family use your home office as well or you use it for personal use, then you can only claim a portion of the expense. Running expenses can be claimed:

What does the China/US trade war mean to Australia? 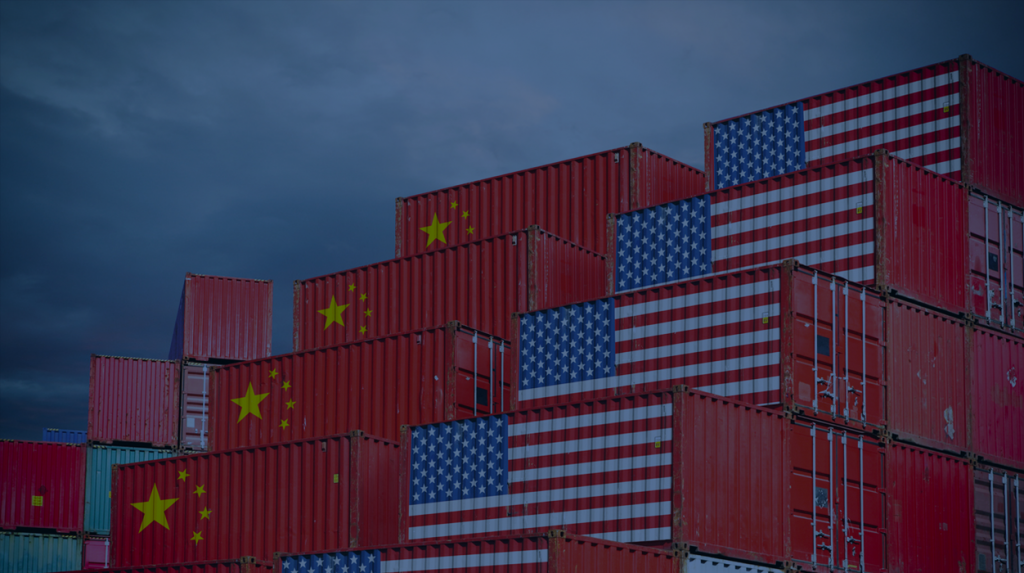 As the bilateral trade war between the US and China heats up, we look at what this might mean to Australia caught between its cultural and military ties to the US and its strong economic relationship with China.

At the annual United Nations General Assembly President Donald Trump threw fuel on the trade war fire by stating that “…regrettably we found that China has been attempting to interfere in our upcoming 2018 election…against my administration. They do not want me or us to win because I am the first President ever to challenge China on trade….and we are winning on trade …we are winning at every level.” Following the speech President Trump told a press conference that, “China has total respect for Donald Trump and for Donald Trump’s very, very large brain.” China’s Foreign Minister Wang Yi stated that, “We did not and will not interfere in any country’s internal affairs and we refuse to accept any allegation of interference.” It was just another day in the media juggernaut for President Trump.

In 2017, the US imported well over $500bn worth of products from China. The US trade deficit in the same year was over $811bn of which China accounted for around 46%. From China’s perspective, the US market accounts for 19% of all Chinese exports and US imports represent 8% of China’s imports.

The trade war between the US and China escalated in September when the US imposed a further round of tariffs on US$200bn worth of Chinese goods, bringing the total value of Chinese goods impacted by the trade war to approximately US$250bn. The tariffs start at 10% and rise to 25% on 1 January 2019. President Trump has threatened to impose tariffs on a further US$267bn worth of goods if China retaliates.

China has responded by imposing tariffs of between 5% and 10% on a further round of US goods bringing the total value of imports targeted to US$110bn. China has released a White Paper on the China-US trade friction that states, “China is the world’s biggest developing country and the United States is the biggest developed country” and both have benefited from the development of relations. The paper points out that “China represents the No. 1 export market for US airplanes and soybeans, and the No. 2 export market for US automobiles, IC products and cotton.” But, the new administration has “abandoned the fundamental norms of mutual respect and equal consultation that guide international relations.”

To date, Australia has avoided any significant impact from the trade war. This is not the case for Canada that saw the Trump administration impose a 25% tariff on steel imports and 10% on aluminium imports. The US imports approximately US$29bn of steel with 17% of that from Canada (accounting for approximately 88% of total Canadian steel exports). Australia was one of the few countries excluded from the tariffs although the US only accounts for 0.8% of Australian steel and 1.5% of aluminium exports.

While Australia is not directly impacted by the bilateral trade war, there is a potential danger that consumer sentiment might be damaged with consumers unwilling to spend and instead taking a ‘wait and see’ approach. 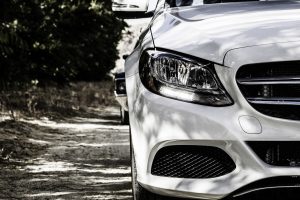 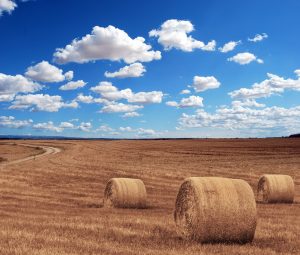 This is one of several measures announced as part of the Government’s package of drought assistance measures which are intended to aid drought-affected farmers. 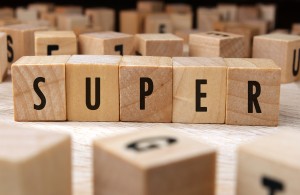 A recent speech by the ATO’s Assistant Commissioner for Superannuation demonstrates the very practical problems with the new superannuation rules.

The $1.6 million transfer balance cap (TBC) that limits the amount you can hold in a superannuation pension requires trustees to be aware of how close they are to this limit at all times. To ensure that this cap is not breached, trustees need to report common events that may impact on a member’s pension account. Trustees should have already reported pre-existing pensions (pensions members were receiving just before 1 July 2017 that they have continued to receive and which are in retirement phase on or after 1 July 2017).

This new event-based reporting requirement is causing a few headaches with the wrong information or no information being reported. Common ‘events’ that need to be reported include:

Some information does not need to be reported including withdrawals from accumulation accounts, standard pension payments, or investment earnings or losses made on or after 1 July 2017.

To make the reporting process work, it’s essential to keep us up to date as events occur. If you are not sure, just give us a call or drop us a line – it’s better to be sure.

Quote of the month

This article is for use of a general nature only and is not intended to be relied upon as, nor be substitute for, specific professional advice. No responsibility for loss occasioned to any persons or organisations acting on or refraining from action as a result of any information or material on our website will be accepted. Please ensure you contact us to discuss your particular circumstances and how the information provided applies to your situation.

Want to grow your business? Our free resources will help